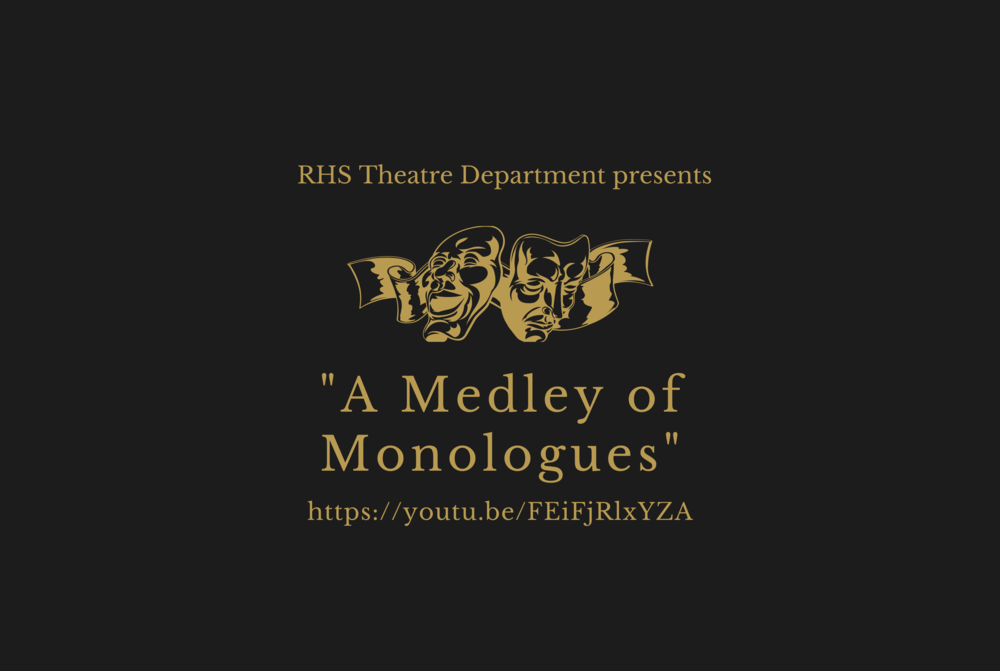 "A Medley of Monologues," presented by the RHS Theatre Department

Although this year looks a little different, there is one thing we can all agree upon - The Show Must Go On, or at least according to the Rockland High School Theatre Department.  This fall, the RHS Drama team presented "A Medley of Monologues" in which students had the option to choose or write their very own monologue.  They virtually rehearsed and recorded their performances.

Alex Anzivino as the Smoldering Spencer from "Jumanji: Welcome to the Jungle"

Elias Carbone performing The Circle of Life from "The Lion King"

McKenna Maher nailed it with her performance from "Pretty"

Ben Pattison had us all laughing as Louis from "Hot Dogs"

Cailin Sullivan closed the show with her dynamite performance as Lyndsey McElroy from the comedy show, "Two and a Half-Men."

The students took the new challenge head-on and recorded an outstanding performance of "A Medley of Monologues." Enjoy!

A Medley of Monologues