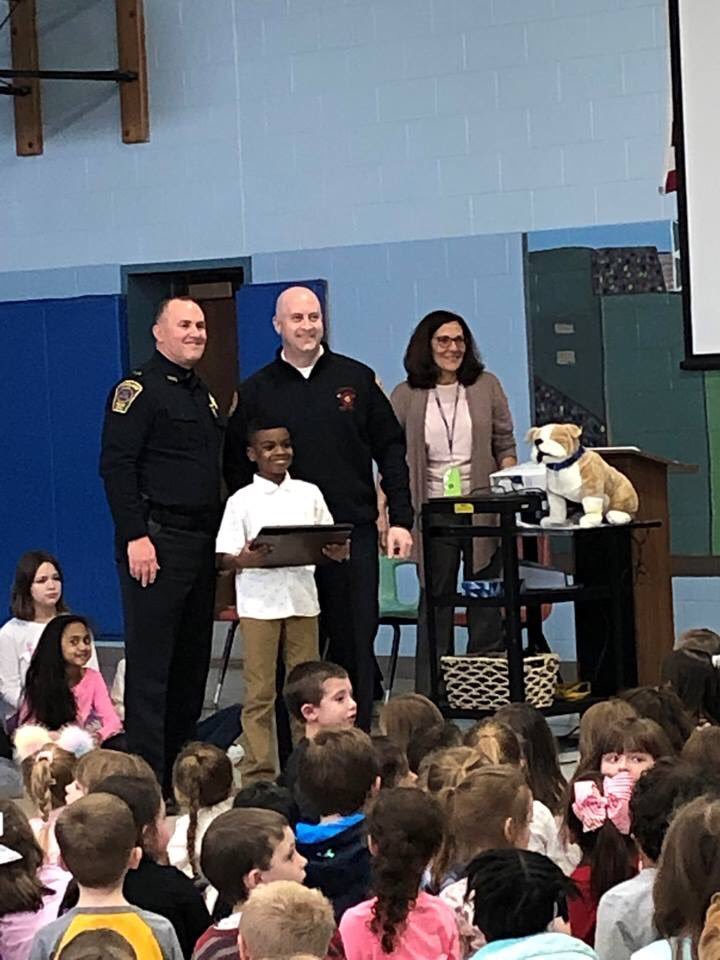 A 9-year-old Rockland boy played the hero when he called 911 after his little sister started having a seizure.

Joshua Joseph and his 6-year-old sister Joanne were home with their grandmother, who doesn't speak English, when Joanne began having a seizure.

Joshua immediately called his father, who told him to call for help immediately.

Joshua called 911, and stayed on the line with the dispatcher until help arrived, and explained that his sister was having a seizure.

"When I called 911, I couldn't really talk because I was very nervous," the 9-year-old said.

The children's mother said Joanne never had any medical issues before, so the seizure came as a complete shock.

"I'm very proud of him," Joelle Joseph said. "I tell him everyday, 'You saved your sister's life.' He doesn't understand the impact now, but I told him every second counts when you're in a situation like that."

Joanne is doing much better, thanks to the help from her older brother.

"Thank God he knew what to do and he saved his sister's life," Jonathan Joseph said.

On Tuesday, the Rockland Fire and Police Departments stopped by Joshua's elementary school to present him with two plaques for his heroic actions that day.

His mother and father say the terrifying ordeal has only strengthened the bond between his brother and sister.

"I love him and I'm proud of him," Joanne Joseph said.

Rockland Fire and Police presented their plaques to Joshua during an assembly in front of his entire school, and Joshua's principal said the fourth grader sent an inspiring messages to his classmates, saying that "if someone is in need of help, you jump into action and try your best to help."