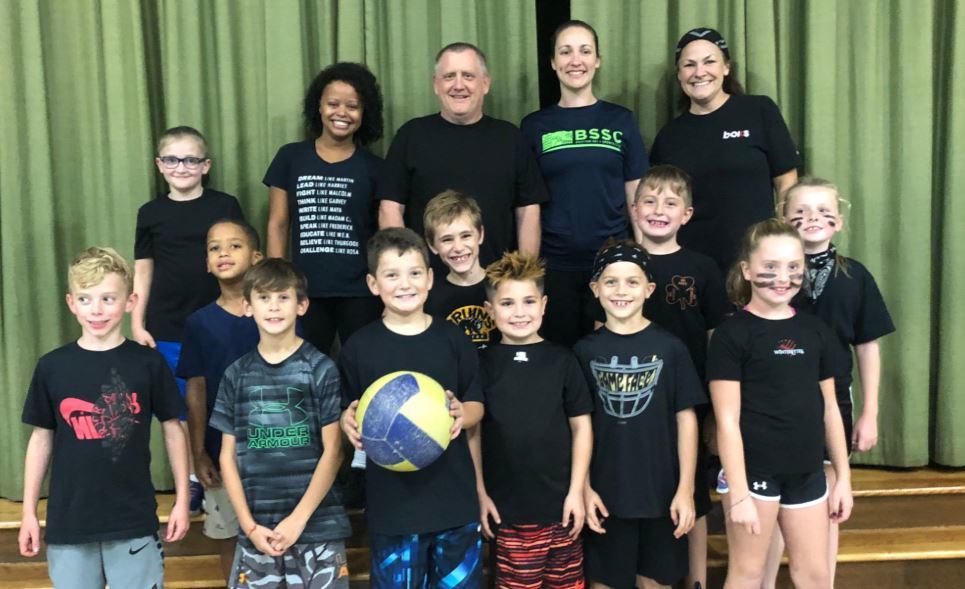 Principal Marilyn Smith is pleased to announce that Rockland’s R. Stewart Esten Elementary School held its third annual Charity Volleyball Tournament this week, in an effort to teach students the importance of giving back to those less fortunate.

On the evening of Tuesday, Oct. 8, Esten third and fourth grade students were invited to play volleyball with faculty, staff and their families.

“We had 50 students and 20 staff divided up into four teams, and a fun time was had by all,” Principal Smith said. “Volleyball is a perfect sport for an event like this because just about anyone can play it, and kids love seeing and spending time with their teachers after school hours.”

This was the second year the event raised money for the Rockland Food Pantry and the Holiday Magic Program, which helps families in need during the holidays. More than $800 was raised this year.

“We like to hold the event in early October so the food pantry and Holiday Magic can use the money raised in the time leading up to the busy holiday season,” Principal Smith said.

As part of the event, four teams (red, white, blue and black) played in a round-robin tournament so that each team played two games. Team blue was victorious in the championship game.

“The students really get into it and love competing against their friends,” Principal Smith said. “And parents really enjoy seeing their kids have so much fun while helping to raise money for such a good cause.”

About the Rockland Food Pantry

The Rockland Food Pantry is hosted by the First Congregational Church of Rockland, and has been helping to feed the community since 1989. It distributes approximately 100,000 pounds of food annually. Residents can bring donations of non-perishable items to the church on Sundays. The pantry is also open Wednesdays from noon to 2 p.m. and on the third Wednesday of the month from 5:30 to 7 p.m.

Founded in 2000, the Rockland Holiday Magic Program is a group consisting of members from local civic organizations, businesses, Parent-Teacher Organizations from the Rockland Public Schools, sponsors and volunteers. The program coordinates funds with the mission of helping less fortunate families in town during the Christmas/Hanukkah holidays.